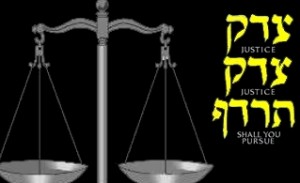 The Parsha says “what man is there that is fearful and fainthearted? Let him go and return to his house and not let him make the heart of his brethren faint as well as his heart.’” In addition to the three categories of men who were exempt from military service (someone recently built a house, grew a vineyard, or recently married), a fourth category is added — one who is fearful and fainthearted. Why would fear be a reason to be excused from fighting?

Rabbi Yossi Hagili explains that this category refers to someone who fears that he is unworthy of being saved in battle because of his transgressions. Rabbi Yossi adds that this is the reason why the other three categories were told to go home — if someone were to leave the ranks because of his sins, he would feel embarrassed; however, since other groups were also sent home, others wouldn’t know why he was leaving. This is truly amazing — a large number of soldiers were sent home during war time in order to save a sinner from humiliation. We learn from this that we must do everything possible to protect people from shame.

At a Pesach Seder, Rabbi Yitchak Hutner was splashed by wine inadvertently spilled by someone, staining his kittel (the white robe worn by many at the Seder). To save the other person from shame, Rabbi Hutner immediately said “a kittel from the Seder not stained with wine is like a Yom Kippur Machzor (prayer book) not wet with tears.”